Untitled (I’ve taken too many photos / I’ve never taken a photo) is a spatial photo installation that Kruithof created for her solo exhibition at Tour les Templiers during the Hyeres festival de mode et photography in Hyeres, France.  For the exhibition, she installed 75 inkjet prints mounted on dibond of three different sizes on the ceiling of the 12th century commander building. Visitors could use handheld mirrors allowing them to ‘to frame’ and focus on individual images. These pictures derive from a selection out of 300 photographs that are part of Kruithof’s so-called “automagic archive.” This archive contains visual notes – photos she takes every day, but considers to be more than snapshots. She accumulated these pictures during her 10 year artistic practice and stored them on hard drives. In order to look at them in a fresh, new way, she set out to find someone to help her edit her work – someone who had never taken a photograph in his or her life. At the time, Kruithof was living in Bedford-Stuyvesant in Brooklyn, New York, where she posted sign that read “Did You Never Make A Photo In Your Life?” Out of the 12 people that responded, 19 year old Harrison Medina was the only one who had never taken a photograph. After Kruithof’s pre-selection of 300 photographs, Medina chose the remaining 75 images and edited them into three different sizes. Kruithof recorded the conversations during the selection process and printed the edited interview on a free take away poster as part of the exhibition. Her unorthodox installation humorously comments on the proliferation of digital photography and its glut of images in the world. In doing so, Kruithof does not only interrogate the many ways in which we use and perceive photography as medium, but also provides a new experience of looking at photographs. 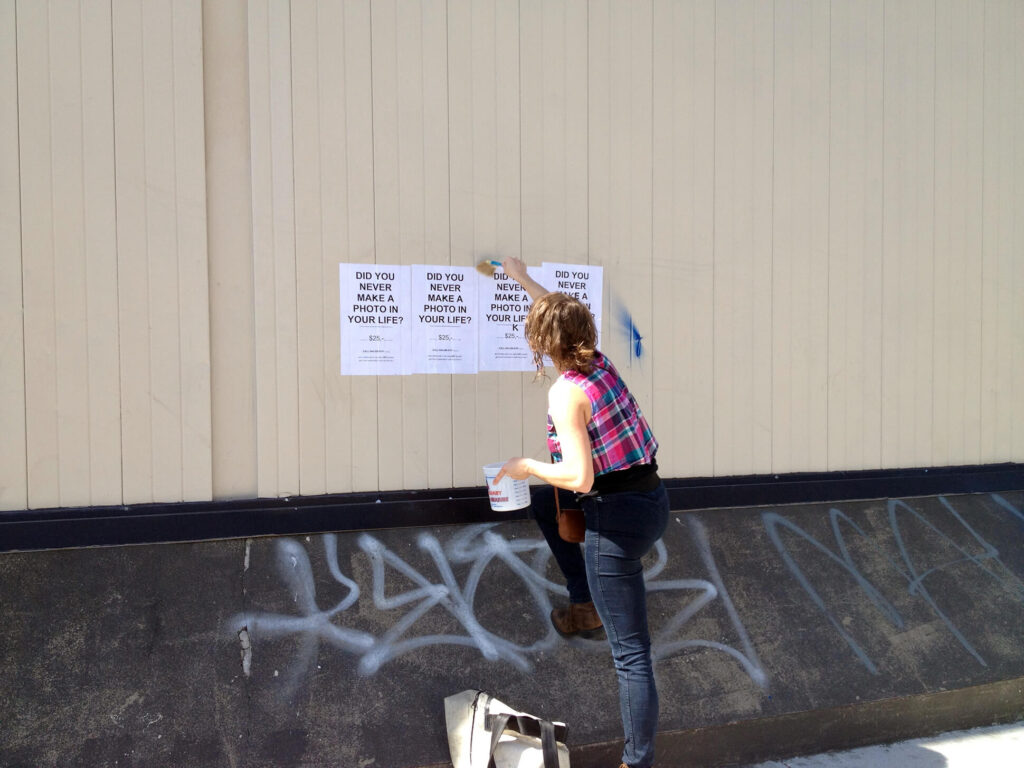 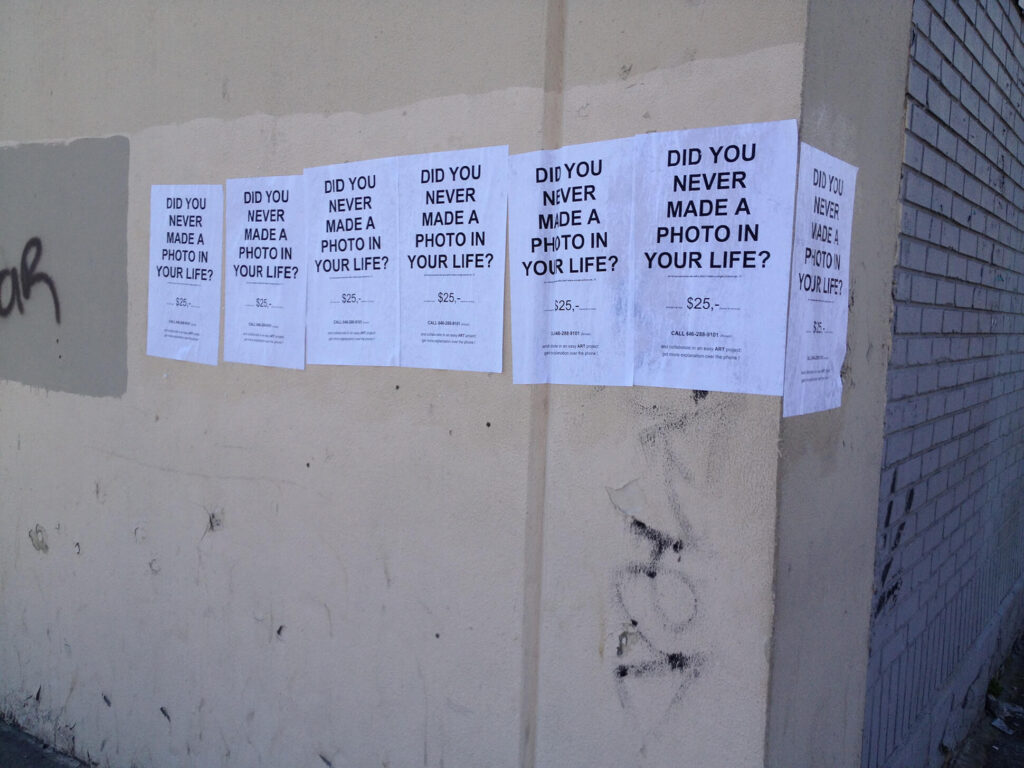 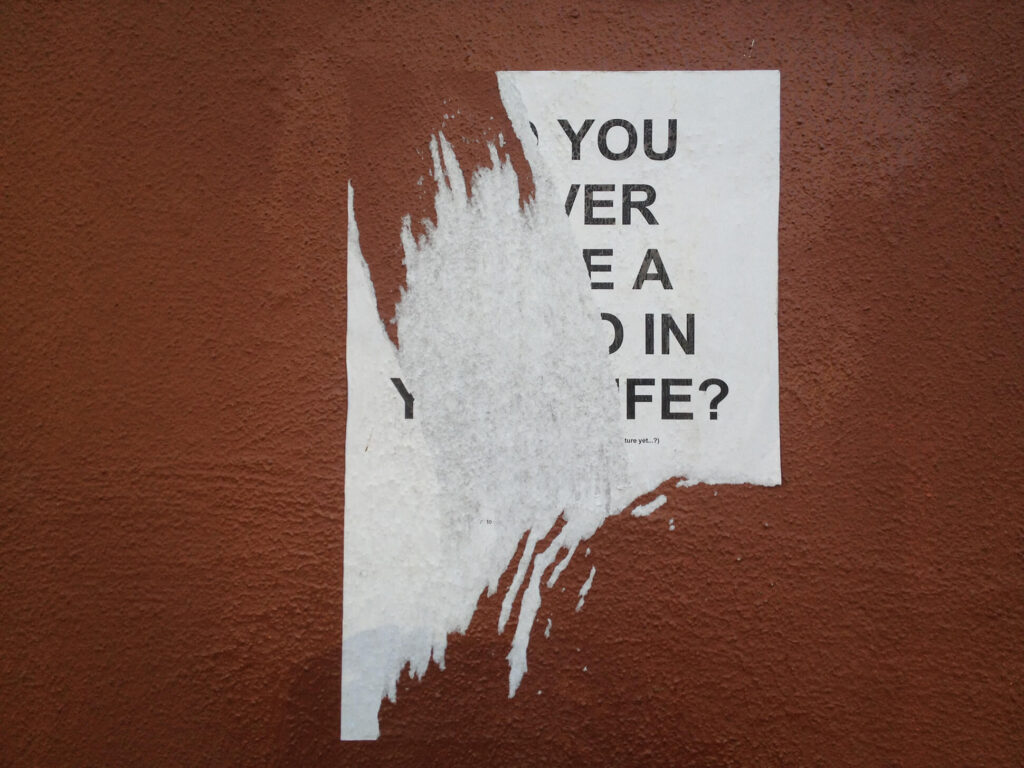 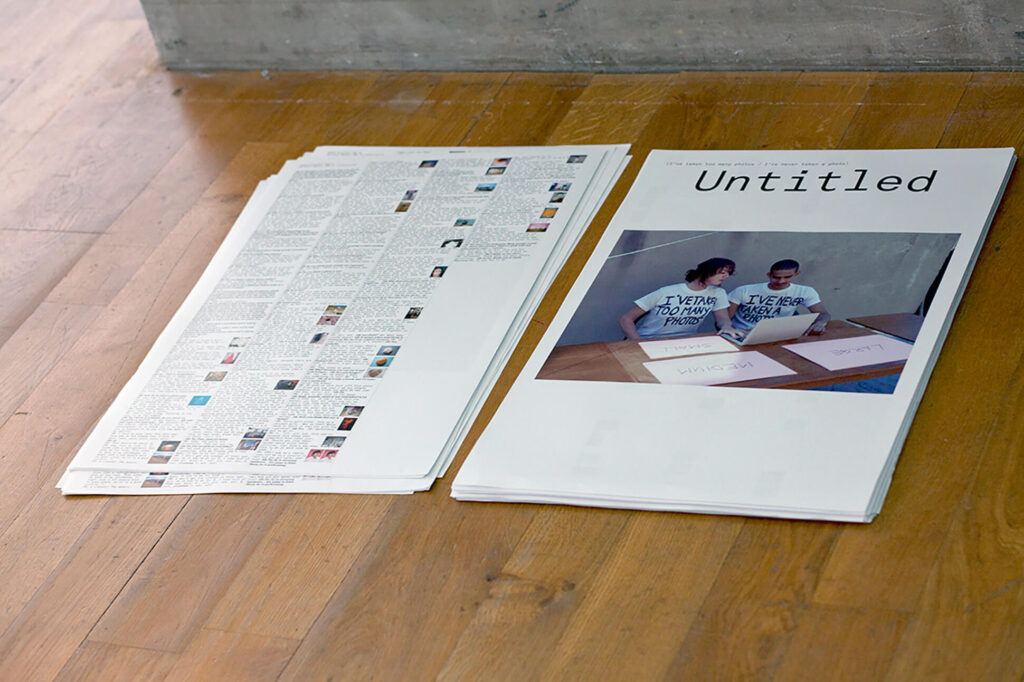 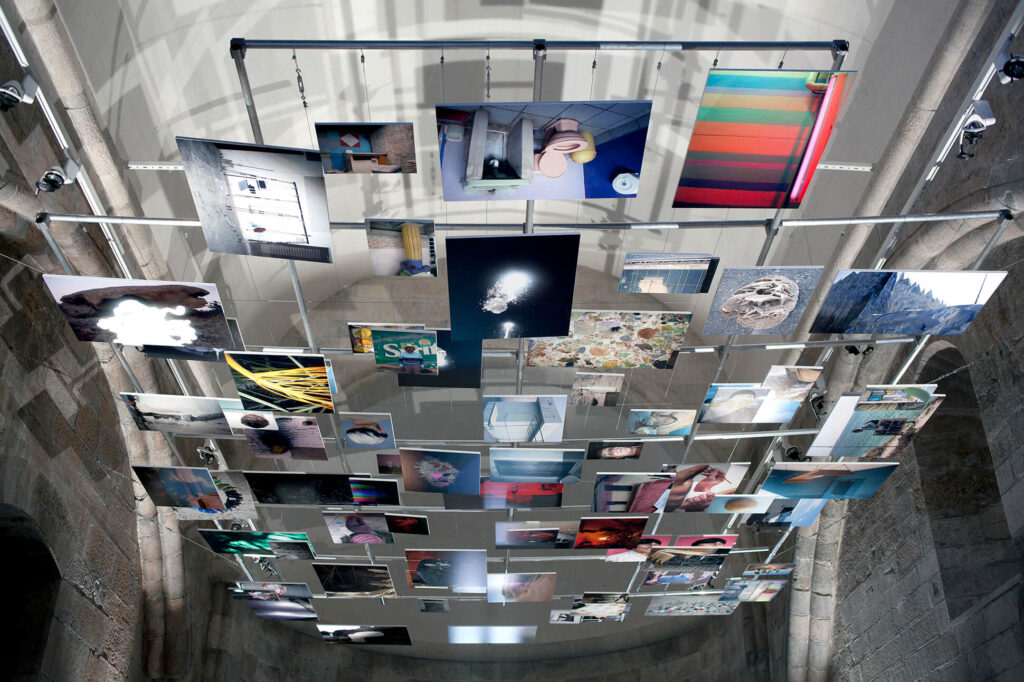 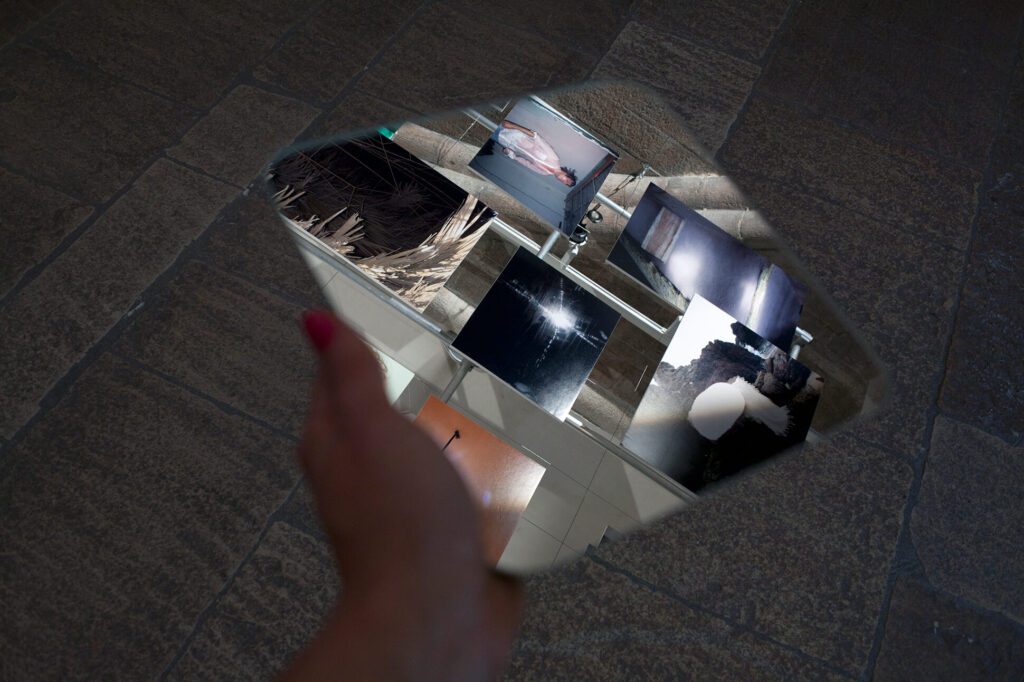 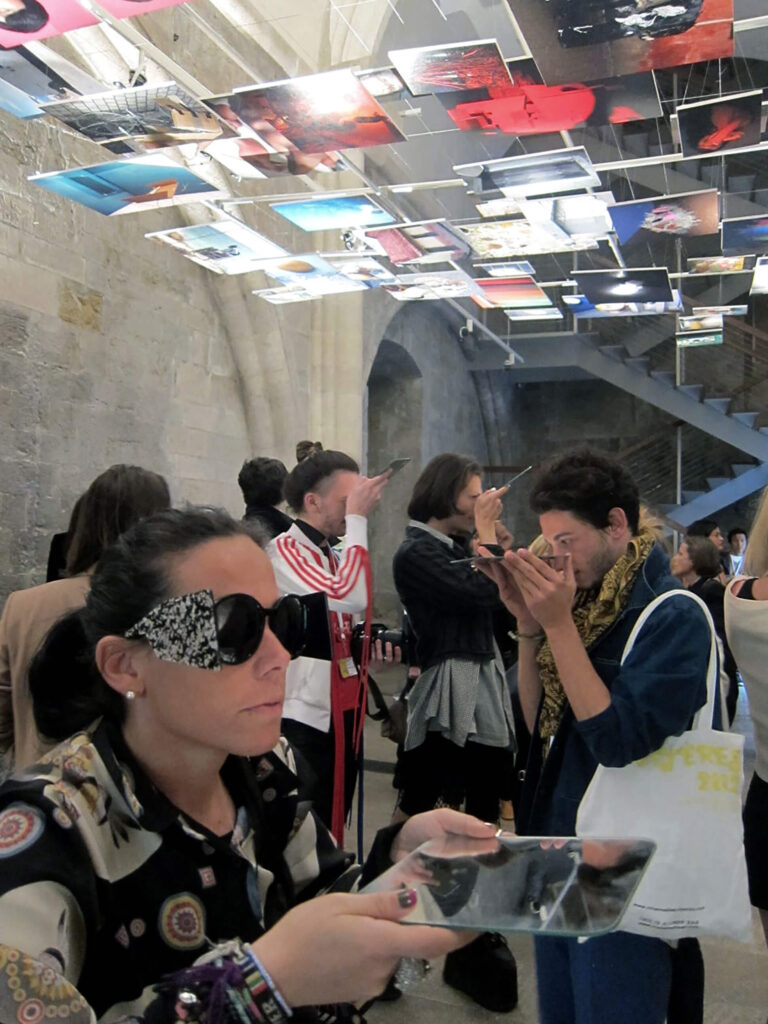 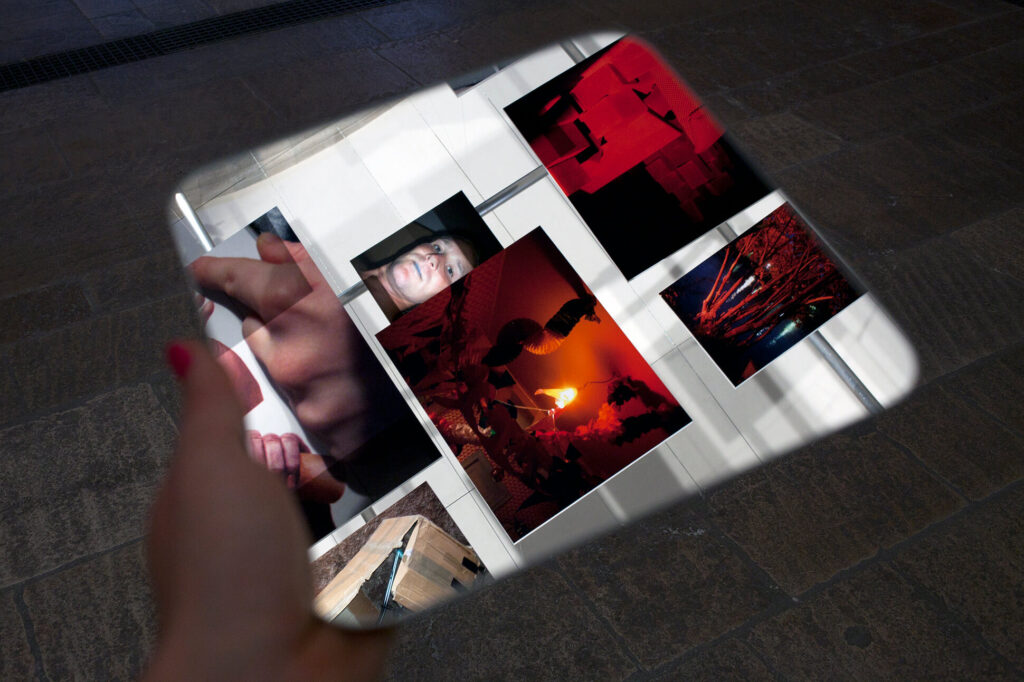 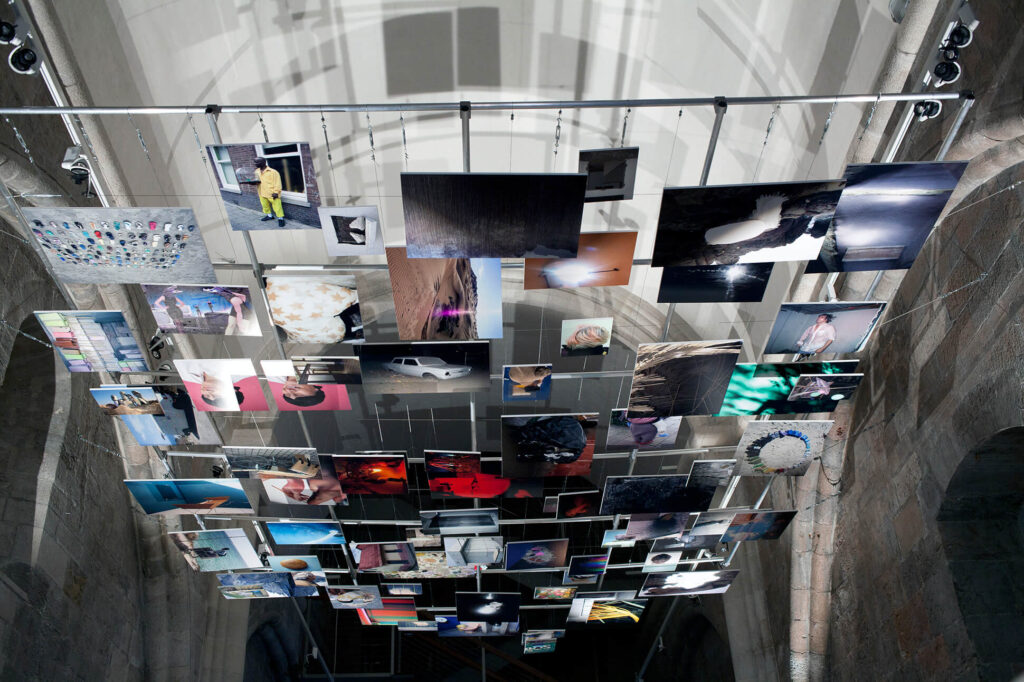 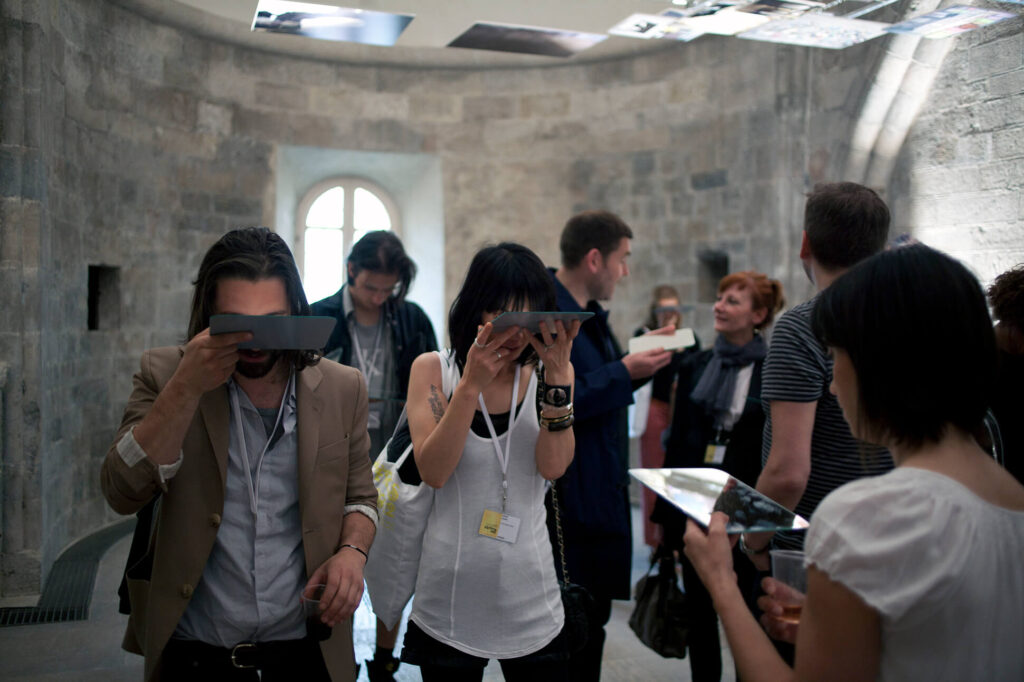 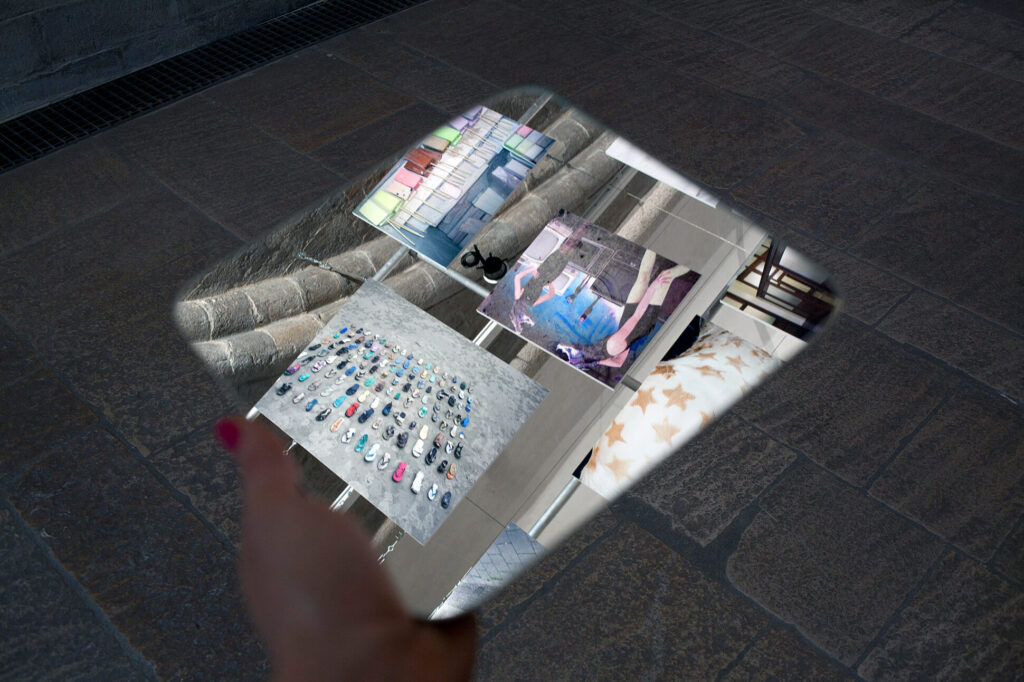 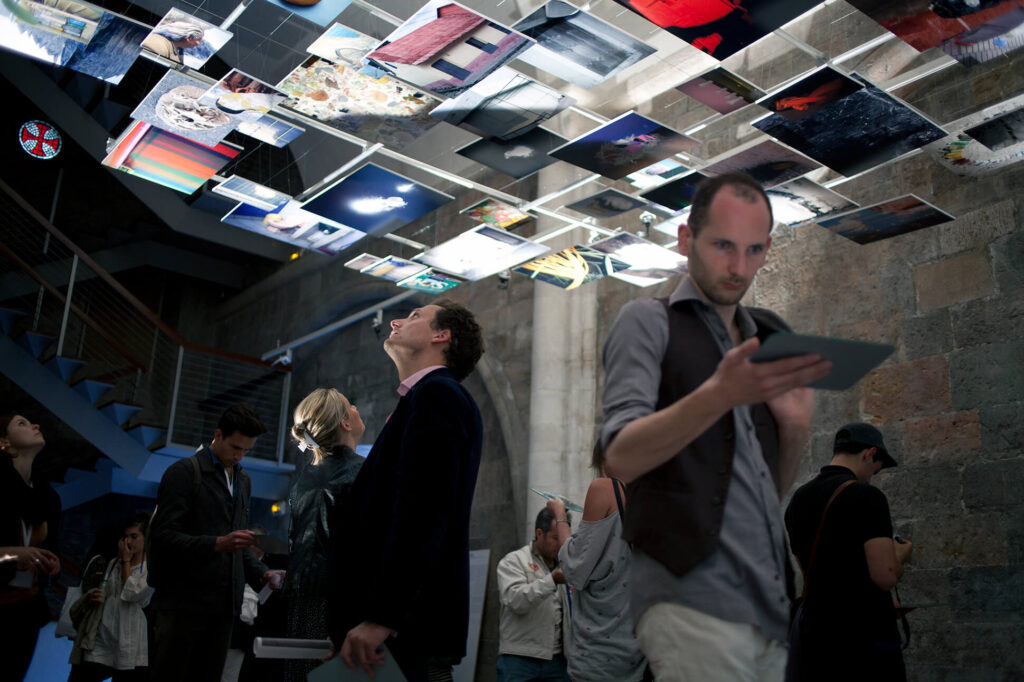 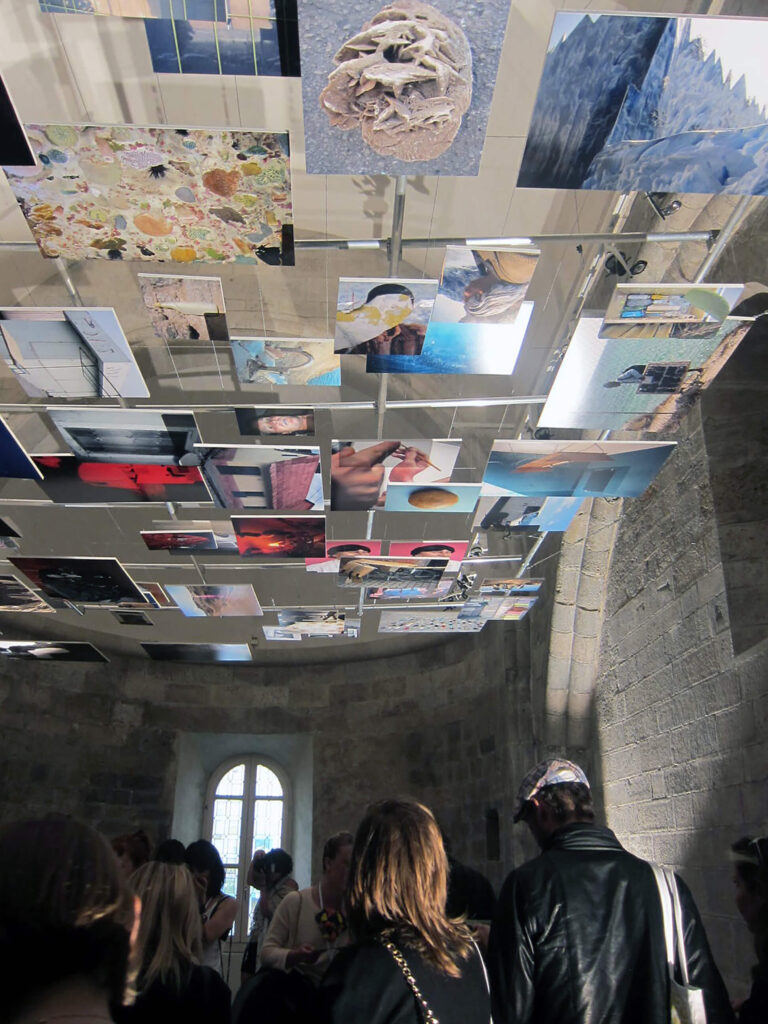 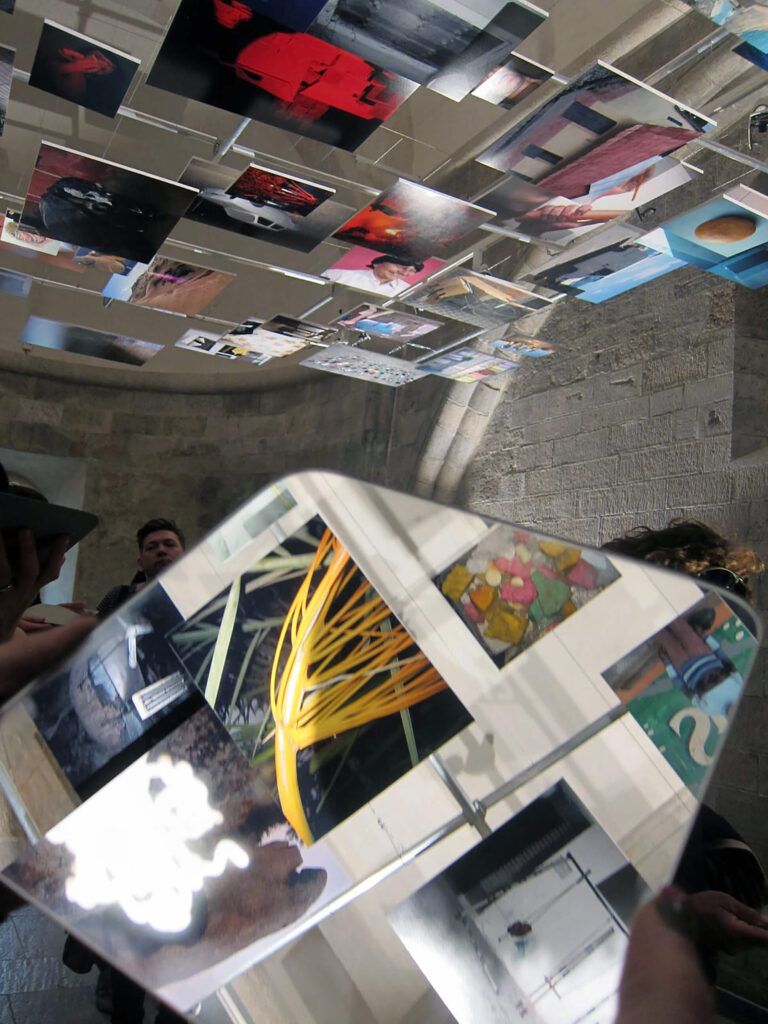 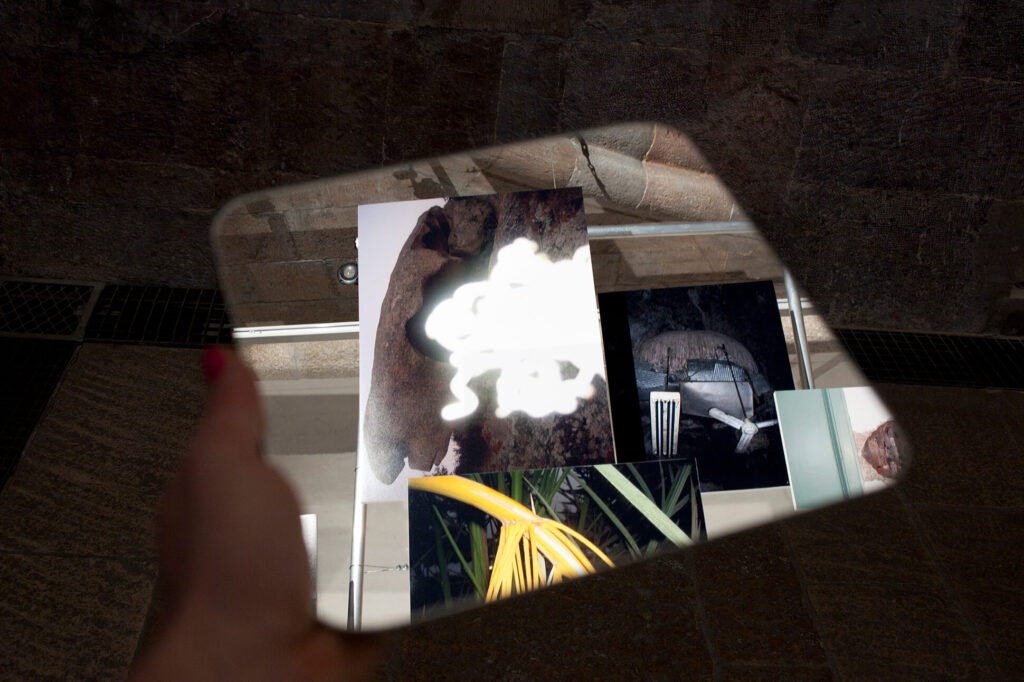 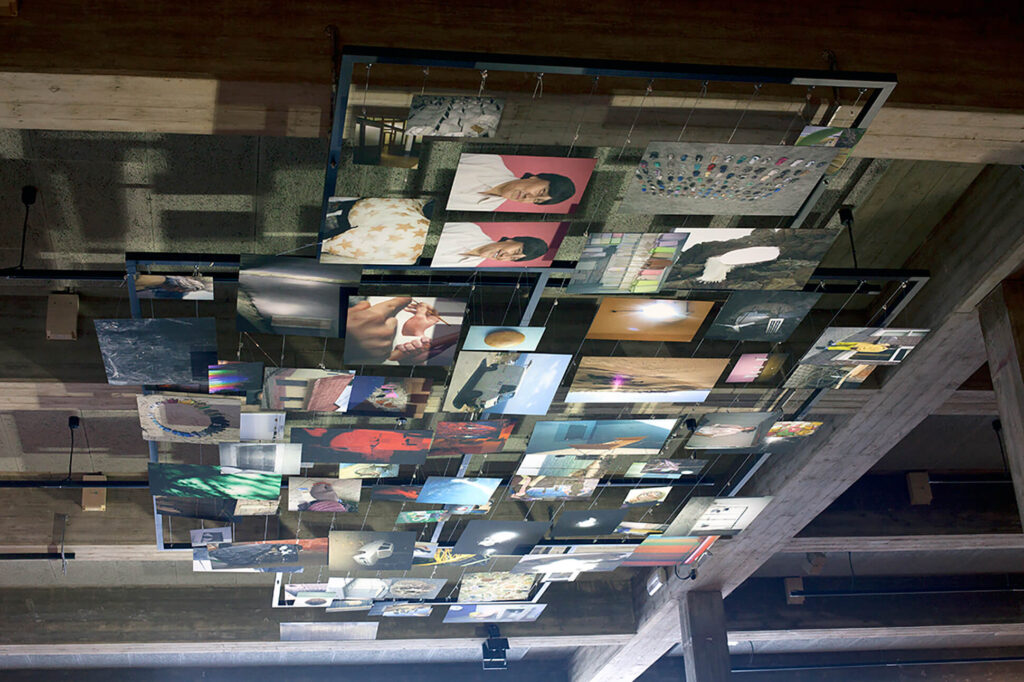 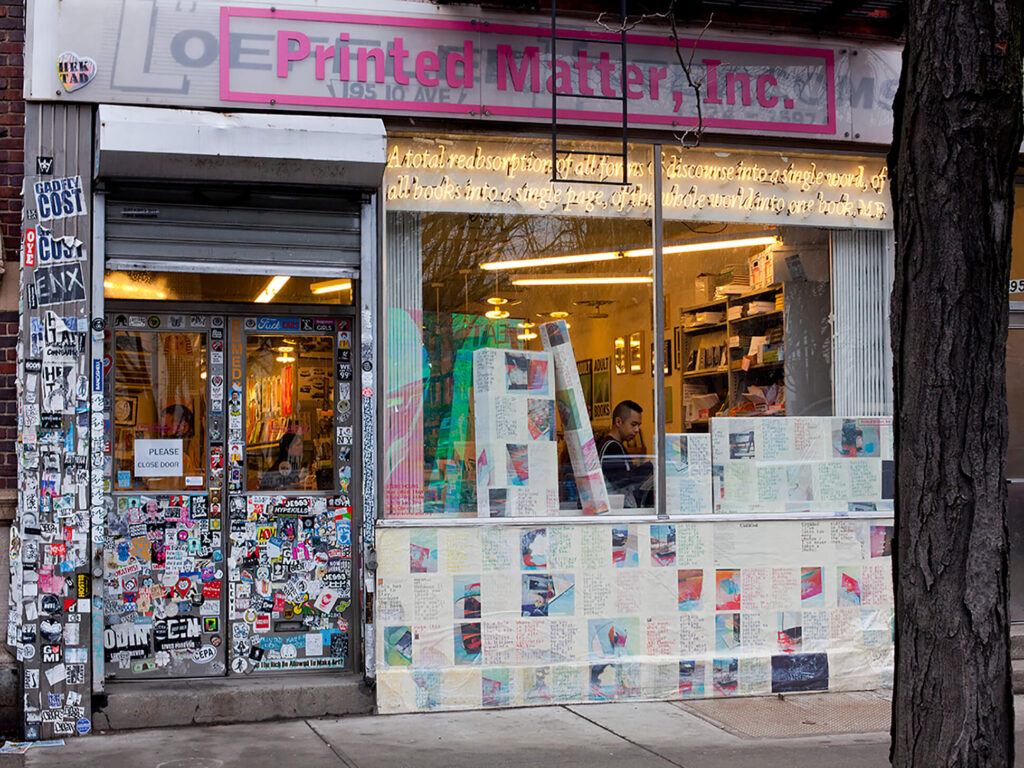