iPhone Flash-rite is a compilation of 32 color photographs that Kruithof printed on Plexiglas. Merging photography with sculpture, she organized the images within two halves – the left side bearing 16 male, the right side 16 female portraits – and separated them with a vertically expanding frame made of radiant Plexiglas. When moving around the work, one realizes that the male and female faces start to overlay and morph into and out of each other.

Kruithof first took these portraits in Rotterdam in 2006, during a staged ritual-like ‘stress-session’. In September 2014 she re-photographed these images, when opened on her computer screen, by using her iPhone with flash function. The white spot which appears on each of the people’s faces is caused by the reflection of the flashlight. To Kruithof this effect represents literal and metaphorical notions of loss: the actual loss of pixels of photographic images, when printed on Plexiglas; a haze of insanity; the blurry lines of memory. 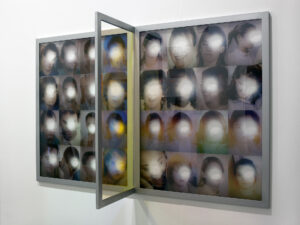 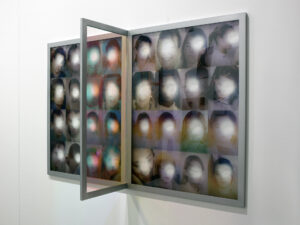 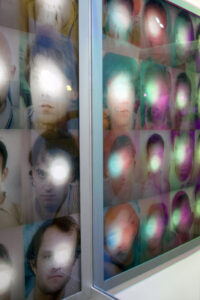 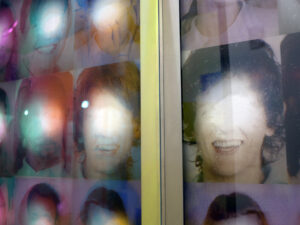 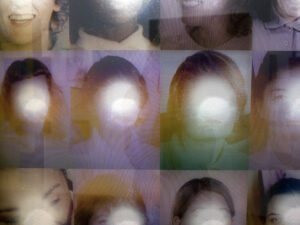 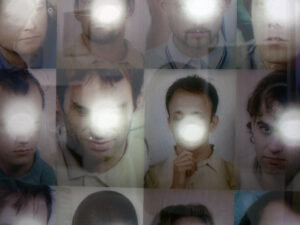