Subconscious Travelling is an installation of 99 photo stickers and 5 pieces of color glass. Directly applied to the wall, these images capture empty photo-negative sleeves from an anonymous album — most likely documenting travels, as the hand written names of cities and places indicate. Kruithof found and bought the book on flea market in Berlin.

Captivated by the seemingly functionless negative cutouts, she re-photographed the pages using her Iphone with flash function. The white circles of the reflecting flashlight emphasize the search for information — the moment of standing outside trying to look inside and into these residues of erased memories. By re-framing a traditional form of archiving images — the photo album (even if deprived of its pictures) — through 21st century device, Kruithof not only reflects on the changes of the photographic medium, but counteracts and comments on our contemporary obsession of taking one picture after the other — encouraging imagination. 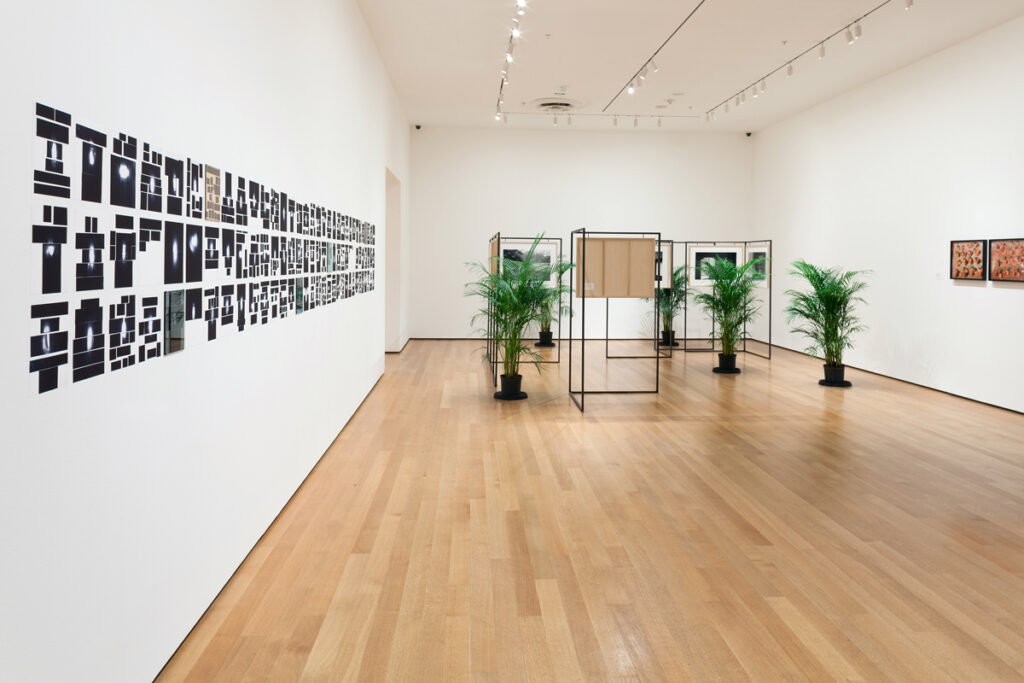 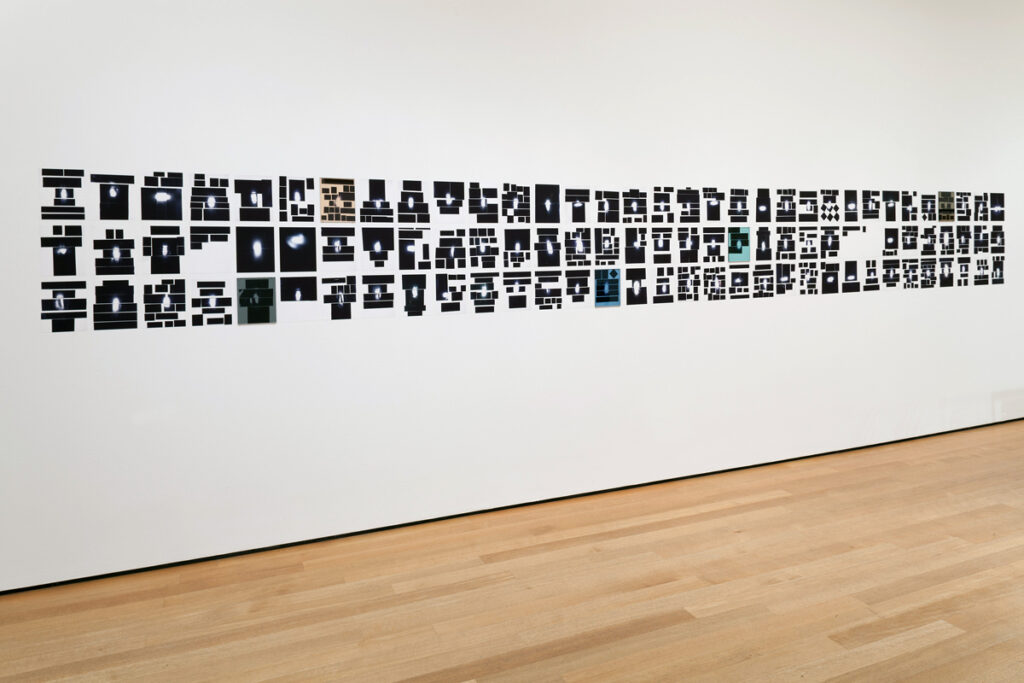 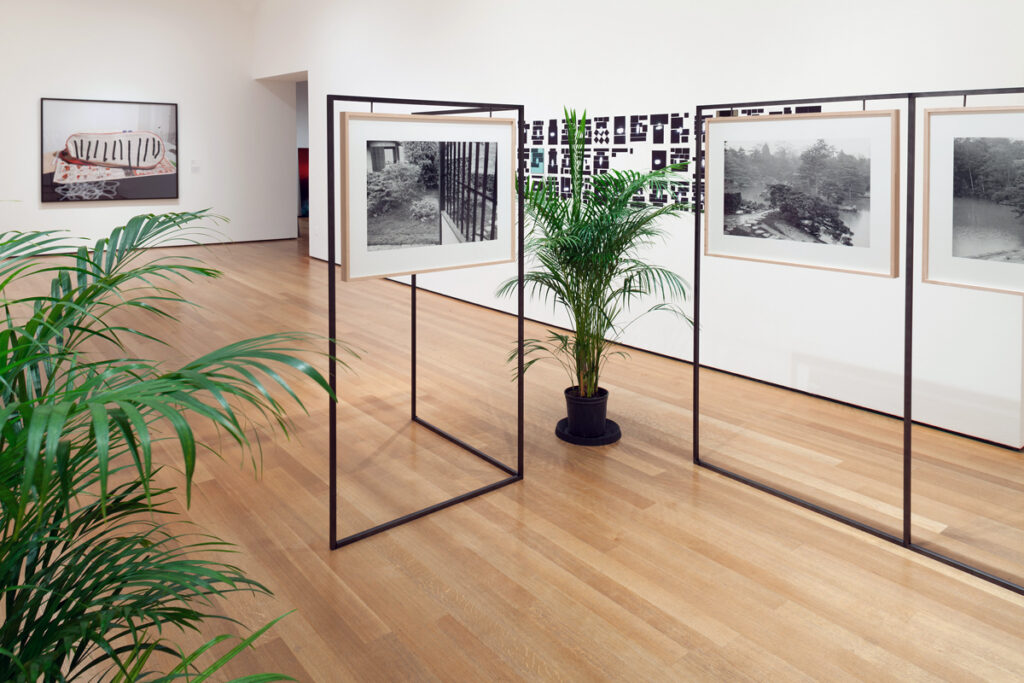 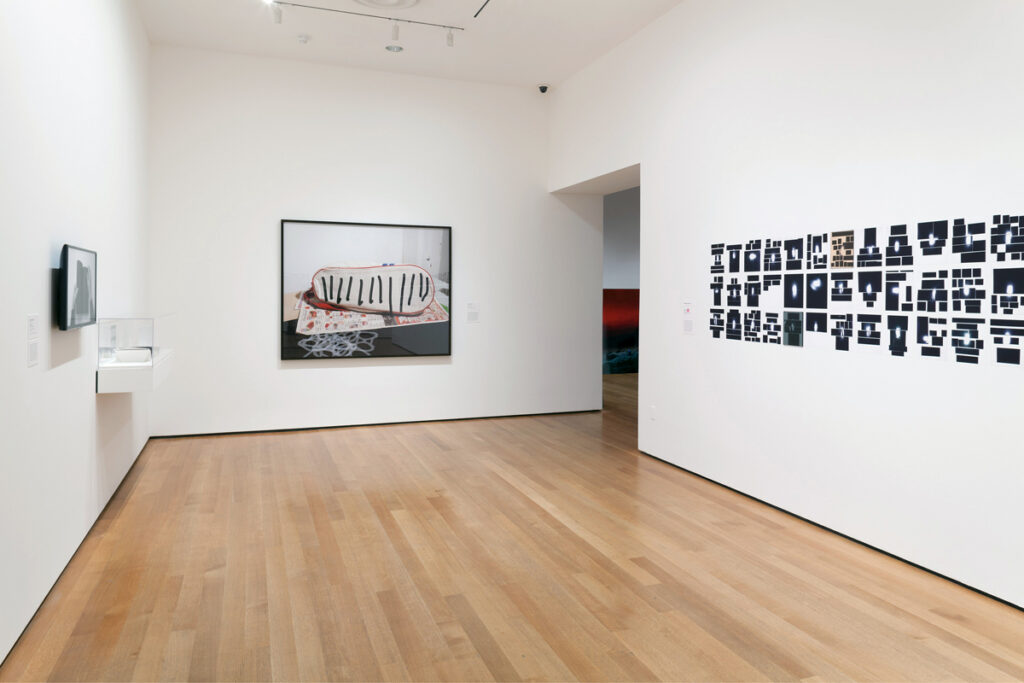 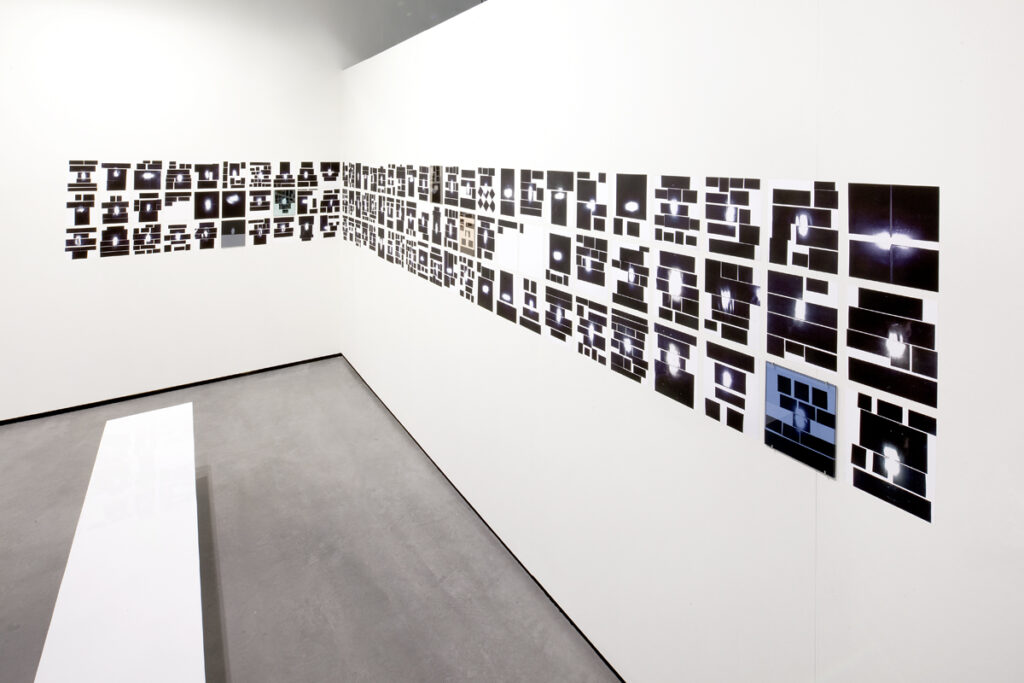 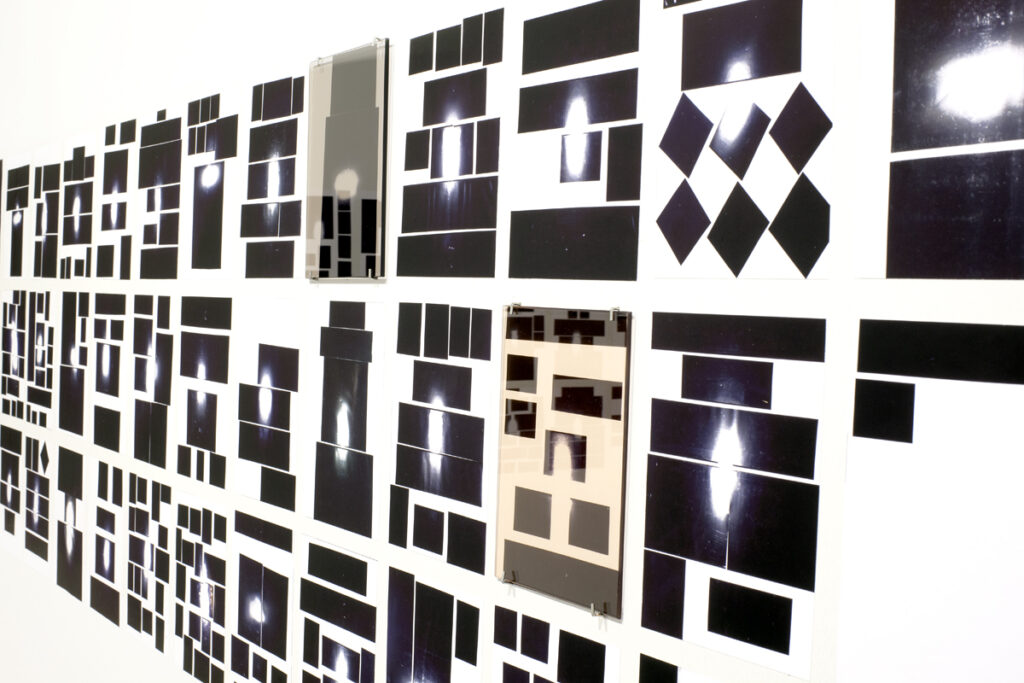 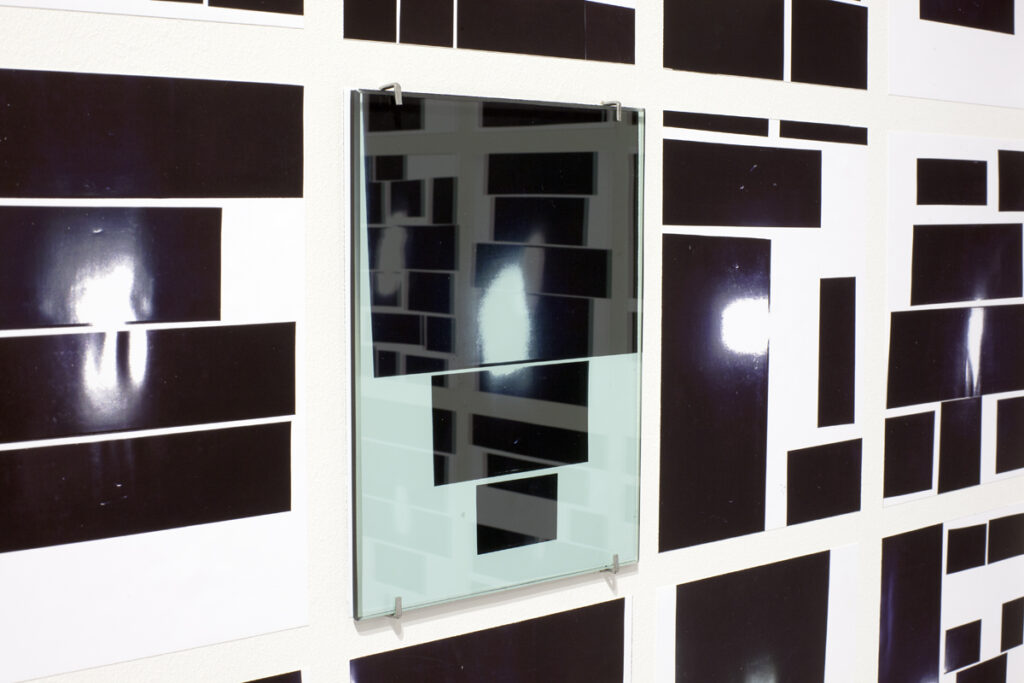 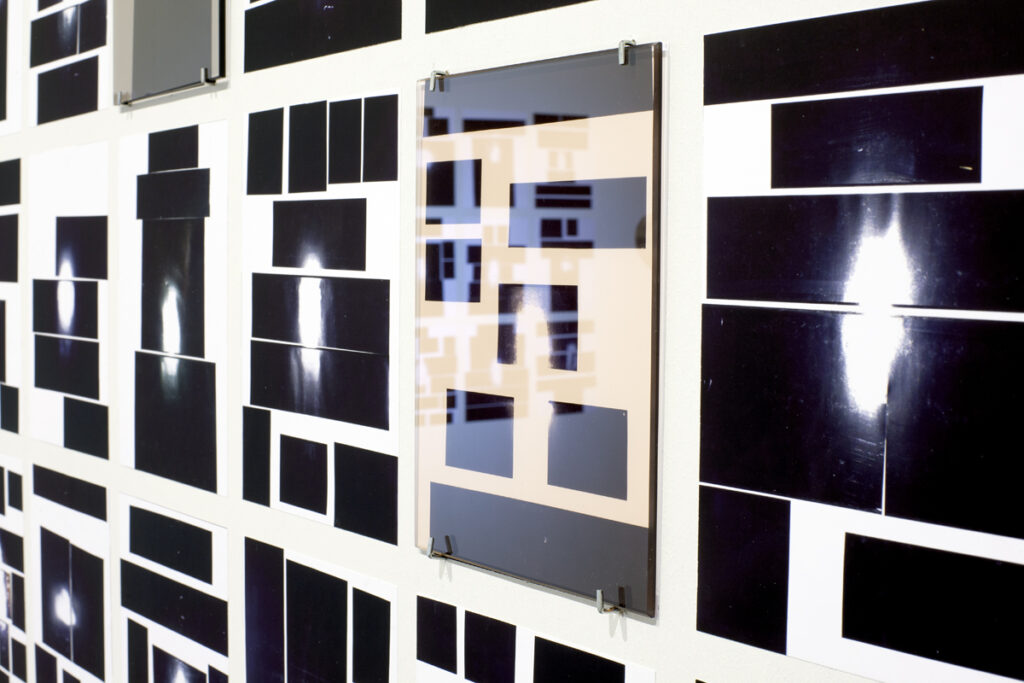